Frasier makes friends with Roz’s new boyfriend, but when they break up Frasier hides from Roz that he’s still hanging out with the guy. Roz gets back together with Luke and feels ashamed to tell Frasier about it since he was so supportive when they broke up. They keep the circle of secrets until they both get locked in Luke’s closet and witness Luke making out with another girl. They both feel bad for lying to each other and accidentally get pushed out of the closet when Roz inflates Luke’s boat. Meanwhile, Martin is mad at Niles because Niles put Eddie in a kennel while he was away instead of taking him to his house as planned. 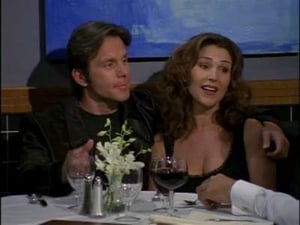