When Frasier’s car breaks down, he and Roz decide to take the bus. There, Frasier spots an attractive woman whom he tries to start a conversation with, but unfortunately he slips and falls and the woman leaves the bus. But Frasier won’t give up so easily: he overheard her conversation with a friend and now he knows her name and job, so he goes after her. She works in a retirement home, where Frasier takes his father to, pretending they’re interested in having Martin live there. Frasier scores his date, but spends the entire time worrying about his father when Miranda tells him his father filled an application â€“ later to be discovered that it was only done so Martin could play poker with the residents. Meanwhile, Niles and Daphne are separated during their romantic dinner on the roof when Niles gets locked in the hall. 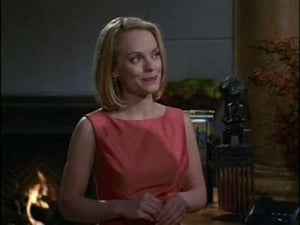