Frasier overhears Ronee making a date with another man. He tells Martin, who is furious at him for eavesdropping. Ronee later breaks the news to Martin herself, explaining that she didn’t think they had an exclusive relationship. He covers by claiming to be dating a woman named Sheila. Frasier gets stuck in the kitchen and overhears the conversation, and Martin accuses him of being a chronic eavesdropper. Martin runs into Ronee and her date at Cafe Nervosa, and tries to make her jealous by having Roz pose as the fictional Sheila. Frasier urges Martin to tell Ronee how he feels about her. Ronee comes over to talk to Martin, and Frasier leaves to give them some privacy. However, Roz inadvertently drives Ronee away, and Frasier somehow finds himself listening to another private conversation as Ronee and Martin sort things out in her car. 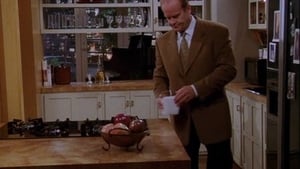 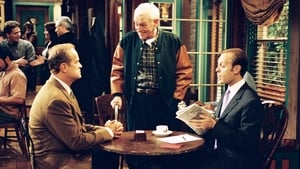