The Doctor Is Out

Frasier and Niles suspect that Roz’s new boyfriend, Barry, is gay. They see Barry on the street and believe that he has gone into a gay bar. Frasier, worried that Barry is leading Roz on, goes inside to confront him. Niles discovers that Barry actually went into an apartment building next door to the bar. He goes into the bar to tell Frasier, and a misunderstanding causes the patrons to believe the Crane brothers are actually lovers. A caller then “outs” Frasier on his show the next day. Martin feels very uncomfortable about the public thinking his son is gay. Alistair Burke, the head of the Seattle opera guild, befriends Frasier and begins spending a lot of time with him. The rest of the family realizes that Alistair thinks of Frasier as his boyfriend, but Frasier insists that this is not true. Frasier, Niles and Daphne attend a party, where Frasier discovers that everyone in attendance thinks that he and Alistair are a couple. Frasier is finally forced to come clean with Alistair about his sexuality after learning that Alistair expects to take their relationship to the next level very soon. 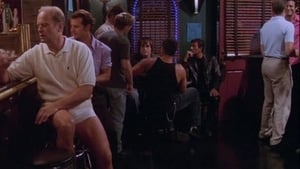 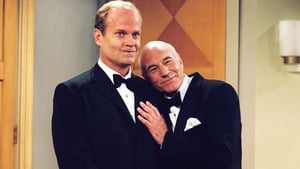