Niles gains notoriety throughout Seattle because of his involvement in Maris’s murder case. He and Daphne mingle with the city’s social elite (including Bill Gates), and he is able to finagle reservations at booked restaurants. Frasier grows very jealous, but hopes that his two Sea Bee nominations (which break the record for most nominations in a career) will help him return to the spotlight. Kenny arranges for an interview, and Frasier invites the reporter to the ceremony. However, everything quickly begins to go wrong. Frasier loses his date because the event has to be scheduled for the morning due to Kenny’s gaffe. He then loses both of the awards, and the attention of the reporter, who is much more interested in Niles. Roz, on the other hand, experiences the thrill of a lifetime when her judgmental sister–who has a seemingly perfect life–finally gets knocked off her pedestal. 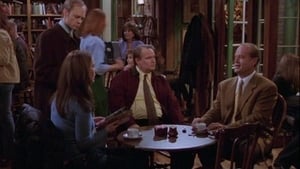 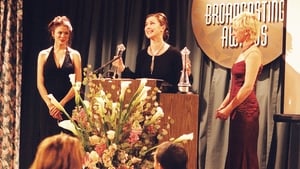