Frasier is surprised to learn that Kenny has never unpacked the boxes in his office because he views all of his jobs as temporary. Roz’s younger cousin Jen comes to stay with her for the week. She is extremely cynical and opinionated, and quickly gets on Frasier’s nerves. Jen remembers Roz as a fun and energetic person, so Roz has to go out partying with her every night so that her cousin will not think she has become boring. However, their outings quickly leave Roz worn out and longing for sleep. After Jen sets off Frasier by putting down Sigmund Freud, Roz sends her off with Kenny while she tries to calm Frasier. Kenny and Jen, surprisingly, take a liking to one another. Kenny admits that he longs to escape from his humdrum life and see the world. He expresses an interest in joining Jen on her planned trip to Vietnam, but she says that she always travels alone. A weary Roz tells Jen to stop trying to goad her into acting like she is still twenty. She goes off on a tirade to a caller who doesn’t want to commit to his girlfriend, and states that there is nothing wrong with acting one’s age. Her words about commitment and maturity stir Kenny, who decides that he is satisfied with his life. He finally unpacks his boxes. Meanwhile, Martin annoys Frasier by refusing to do his share of the chores. Frasier and Martin, still accustomed to having Daphne do their cooking and cleaning, wind up tricking Daphne and Niles into waiting on them. 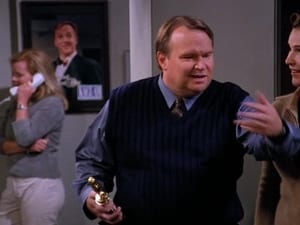 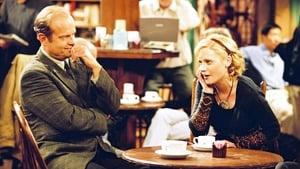