Frasier is desperate to finally win the presidency of the condo board after several unsuccessful attempts. However, he admits that he has no chance because he has rubbed all of the board members the wrong way at one time or another. He decides to capitalize on his father’s easy-going demeanor and ability to get along with others by having Martin run against him. Frasier plans to have Martin carry out his agenda. Martin agrees to go along with this, so long as Frasier promises to help arrange for wider parking spaces in the garage. Martin is elected and becomes an immensely popular president, but soon grows tired of Frasier calling all the shots. After Frasier doesn’t immediately make good on his promise for the wider spaces, Martin backs out of the deal, as he believes that he can run the board on his own. He soon finds that he is in over his head, as residents become annoyed with the complications created by the new spaces. Frasier covers for him, so Martin publicly gives him credit for his ideas. The board members turn on Frasier and accuse him of using his father, prompting an angry Martin to quit as a show of support for Frasier. Meanwhile, Daphne begins to study in the hopes of passing her citizenship test. Niles and Daphne tease Roz relentlessly after a misunderstanding over a fruit salad causes her to believe they are asking her to engage in a threesome. 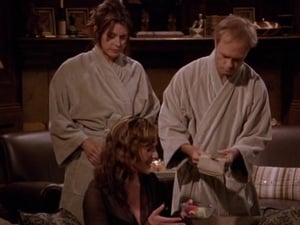 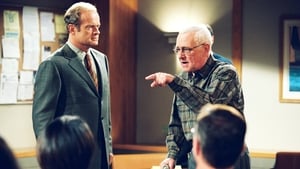