Julia becomes extremely depressed after breaking up with Avery, who had never followed through on his promise to leave his wife for her. He tries to deny her the credit for their software company, an endeavor for which she did most of the work. She decides to go down to his office to retrieve his files, and Frasier comes along for moral support. She winds up breaking into the office and stealing the files, as well as deleting his entire hard drive. As they hide in a closet from the cleaning woman, Frasier keeps trying to convince Julia to do the right thing. She surprises him with a kiss, but then trashes Avery’s office. Julia tries to avoid Frasier, but later admits that she likes the fact that he has so much character. She kisses him several more times, and finally agrees to a date. A rival station approaches Roz and asks her to become its program director. She manages to get the job, despite a misunderstanding about whether or not she had once slept with the station manager. Frasier has mixed feelings, as he wants Roz to move up in the world, but will miss working with her. Niles goes along with Martin on an excursion to a shooting range and takes a surprising knack to shooting. He enjoys hanging out with “regular guys,” until Martin and Daphne learn a disturbing secret about his new friends. 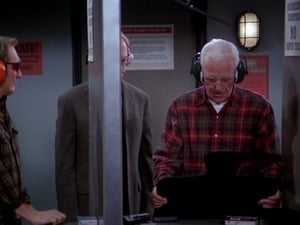 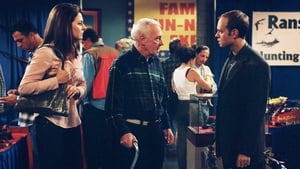