Frasier consults his old friend Avery for advice on his finances. Avery says that Frasier’s spending habits are out of control. Frasier becomes depressed and heads out to Cafe Nervosa to think about a solution. He is disgusted to discover that the owner has hired an eccentric folk singer to perform every afternoon. He announces that he will no longer frequent the cafe, and forces a reluctant Niles to leave with him. They scour Seattle in the hopes of finding a new hangout. While at one prospect, they run into Julia. This prompts them to leave in a hurry, but Frasier returns and sees Julia kissing Avery. He agonizes over whether to tell her that Avery is married. Niles returns to Cafe Nervosa and tries to keep it a secret from Frasier. Frasier, frustrated by his inability to find a new coffeehouse, returns to Nervosa and catches Niles dancing along to Ben’s performance. Ben’s song intro (about doing the right thing) inspires Frasier to confront Avery. Much to his surprise, Julia is hiding in the closet. She had known all along that Avery was married. A disgusted Frasier declares that he will stop trying to be a friend to her. Julia seems saddened when Avery takes a call from his wife. She realizes that Frasier was trying to help her, and shows her appreciation by getting Ben a job at a bank so that he can no longer perform at Nervosa. Meanwhile, a woman observes Daphne’s therapy techniques with Martin to help determine whether Daphne can take on other clients. Martin angers Daphne by trying to put on an act to make her look good, rather than letting her work speak for itself. 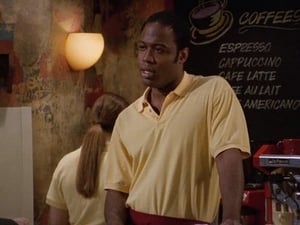 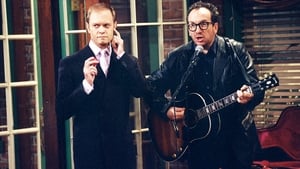