Enemy at the Gate

Frasier drives Niles back from a shopping excursion. Just as they enter the parking garage, Frasier suddenly realizes that the clock in his car is incorrect and that he is going to be late for his show. He enters the garage, then immediately leaves. He is furious when the attendant says that he owes two dollars (the fee for parking for twenty minutes or less), and decides to park his car at the gate until his twenty minutes is complete. He refuses to allow Niles to pay for him because he thinks he is taking an important stand. All of the motorists become irate because Frasier is keeping them trapped in the garage. Niles disagrees with Frasier, but reluctantly stays with him to show his support. Even after he is offered several chances to leave without paying, Frasier refuses to move. The attendant calls a tow truck, and is prepared to bring in the police. Niles points out that Frasier has a habit of being stubborn and trying to force everyone to agree with him. He finally persuades him to leave before the twenty minutes is up. As he pays, Frasier gets himself in more trouble with a long-winded speech. Roz must fill in for Frasier while he is at the garage. After Kenny encourages her to take some calls, her advice to one caller inadvertently exposes the fact that she slept with Frasier. Meanwhile, Eddie has an unusual reaction as Daphne moves the rest of her belongings out of Frasier’s apartment. She realizes how much Martin is going to miss her, and sets up a regular outing for the three of them. 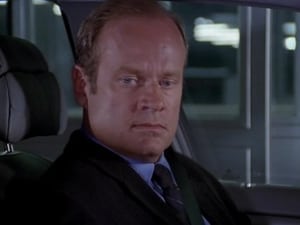 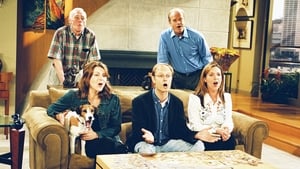