KACL organizes a bike-a-thon to raise money for AIDS research. Frasier plans to just make a financial donation, but is goaded into participating after Julia announces her intention to take part. Daphne suggests that she and Niles also enter the event. Frasier and Niles try to hide the fact that neither of them knows how to ride a bike, and hope that they can figure it out before the bike-a-thon. After the truth comes out, Daphne tries to help them, but finds that it isn’t easy. Meanwhile, Martin receives a frosty response from Cam Winston’s mother, Cora, when she comes to the building to visit her son. When he asks why she never called, he learns that Mrs. Moon posed as his girlfriend and scared her away. Martin explains the situation, but Cora already has a boyfriend. A furious Martin gives Mrs. Moon the silent treatment, but she eventually goes to Cora to make amends. 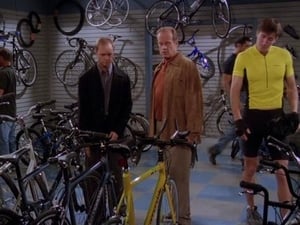 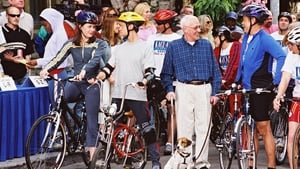