Tired of being humiliated in his club’s annual squash tournament, Niles ditches Frasier and pairs with a younger partner. A P.E. teacher named Chelsea asks Frasier to team with her in the mixed doubles competition. They win the championship. Martin is overjoyed that one of his sons has finally earned a trophy for athletics. Niles winds up begging for Frasier to take him back after his new partner yells at him on the court. Frasier assumes that the tournament’s conclusion means the end of his relationship with Chelsea, but they soon begin dating. Niles is surprised that Frasier would date a P.E. teacher after all of the abuse the brothers endured in gym class as children. When Frasier goes to Chelsea’s school to pick her up, he sees her berating one of the students. This causes him to have flashbacks, and he can no longer look at Chelsea without seeing his old gym teacher, Coach Fuller. Frasier tries to convince Chelsea to be more sensitive to the children. Meanwhile, Frasier tries to persuade Roz and Julia to be more civil to one another. They cannot find any common ground, until they realize how much they enjoy insulting each other. 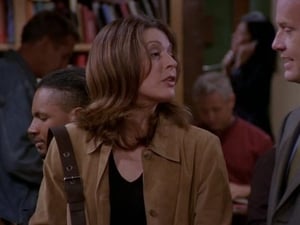 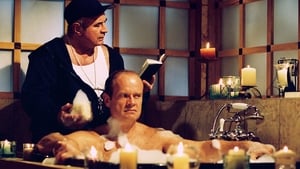